From A God-Centered Ecology 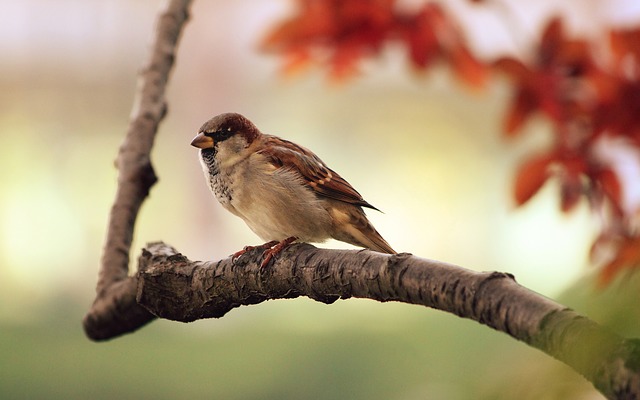 [quote text=”Rabi’a understood the voice of Being speaking in her own spirit and in the trickling of water, the cries of birds, and the song of thunder.”]

Rabi’a, like so many saints in the various religious traditions, recognized the organic unity between the transcendent and immanent realms.  The God who is invisibly present and transcendent is also the God who is visibly immanent and present.  All sacredness, whether invisible or visible, is a tribute to Allah, to the glory of the creator, manifested through the abundance of creation.  Rabi’a longed to teach of the bond between creator and creation, for she had experienced the essential relationship between transcendence and immanence in her own prayer life and reflections.  She gives us a modern ecological theology because of her internal attitude to the creation nourished through her daily encounters with Allah of the near, Allah of unknowability:

She saw the evidences of God wherever she looked:  she never ceased from seeing them all around her.  She used to say, in her seclusion:  “My Master, through you the ones who loved you came to be near you.  For your glory, the mighty whales have praised you in the vast ocean: for your sanctity and holiness the waves have crashed.  For you, the darkness of the night and wheeling stars, the swelling sea, the shining moon, the bright planets:  everything you have made in proportion, for you are God the Almighty. (1)

Rabi’a praised God witnessed in whales, stars, and sea; she was in her own way comprehending the Qur’an’s words, “whatever is in the heavens and the earth sings the praises of God.” (2)  She praised God first and foremost in her own being, by living the faith she believed in with her entire will and loving every minute.  Secondly, she, as a sentient being, manifested the divine through her actions, striving for peace and the harmonious order Allah had ordained for those who follow and live the clear path:  “surely there is peace of heart in the contemplation of God!” (3). And, thirdly, Rabi’a loved all of life and all sentient creatures because the eye of her mind had been cleansed, and she was able to appreciate the sacred presence in whales, stars, and the sea:

O God,
Whenever I listen to the voice
of anything You have made—
The rustling of the trees
The trickling of water
The cries of birds
The flickering of shadow
The roar of the wind
The song of the thunder,
I hear it saying:
God is One!
Nothing can be compared with God! (4)

That Rabi’a understood the voice of Being speaking in her own spirit and in the trickling of water, the cries of birds, and the song of thunder, points to the total embodiment of her faith, and why her spirituality is important to contemporary ecology.  She was seeing the material universe through a deified vision, and it is that vision which has been lost for the most part, especially in the industrial west:  “Nonreligious man has lost the capacity to live religion consciously.” (5)  Therefore, a religious vision such as Rabi’a’s, incorporating an ontological transformation of values, is critical to the recovery of the sacred in relationship to one’s own spirituality and justice issues, including the right of the planet and planetary life to exist without the infringement and desecration of violent exploitation.

Rabi’a taught “the balsam and the ointment (needed to heal) the wounded of the Earth.” (6)  Today the wounded includes the earth herself, immanent Mother.  “And in the earth are signs to those of real faith, and in yourselves.  What! Do you not see?” (7)  As in so many traditions, if Islam had been taken more seriously, the immanent message spoken of in the Qur’an, and elaborated by countless Muslim saints, such as Rabi’a, perhaps it would not have been as destructively patriarchal, blind too often to the oppression and cruelty, directed at those usually closer to the immanently divine, namely, women and animals.  Rabi’a, by contrast, truly lived a dedicated spirituality of non-harming and included every dimension of life to be deserving of her reverence and respect.  The ecological implications of Rabi’a’s holiness are that she sought and found the thread of the sacred in all levels of being and, therein, made no creature unworthy of her love.  Allah was revealed in the small and the large; no amount of profit or so-called “progress,” justified desecrating holy ground.  Rabi’a’s unique insight and contribution was that she found that holy ground everywhere.

Dr. Maria Jaoudi teaches in the Department of Humanities and Religious Studies at California State University, Sacramento. Her publications include Christian Mysticism East and West: What the Masters Teach Us (Paulist Press, 1998) and Christian and Islamic Spirituality:  Sharing a Journey (Paulist Press, 1993), from which the above excerpt is posted with the author’s kind permission.

7.  Qur’an 51:20-21.  Cf Al-Hafiz Masri, Animals in Islam (England:  The Athene Trust, 1989):  “Islam wants us to think and act in positive terms of accepting all species as communities like us in their own right and not to sit in judgement on them according to our human norms and values.” P.vii.