“Todos tenemos la oportunidad de cambiar el mundo cuando caminamos como una bendición. We all have the chance to change the world when we walk the world as a blessing,” says Marta. She shares her story of surviving a civil war, the challenges of being an immigrant in the U.S., and how Br. David deepened her understanding of gratefulness. 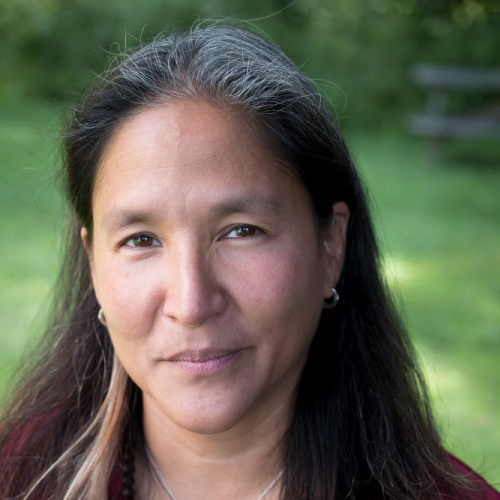 Todos tenemos la oportunidad de cambiar el mundo cuando caminamos como una bendición.
We all have the chance to change the world when we walk the world as a blessing. ~ Marta

In the summer of 2020, while all of us around the globe were isolated in some way from those we love, award-winning photographer and filmmaker Doug Menuez found a way for us to gather safely, outdoors, to listen closely to the stories of seven individuals for whom grateful living is a way of life. The result of Doug’s beautiful work is a new video series, Grateful Voices.  In the short film and narrative below Marta, who generously participated in the project, shares her story.

“I’m from Nicaragua. I was born during a dictatorship and lived through the falling of a government and civil war. My family, having grown up on a small plot of land, experienced great violence during this time. Conditions were so dangerous that we moved from a farm to a city to try to save our lives. And then from a city, we crossed a border, and then another border, and that led to displacement.

Arriving in the United States for my family was like the coming to the promised land. It was coming to a place where there was freedom and liberty and respect — democracy. However, arriving here was a different story. Although the landscape of the U.S. is one of immigrants, I was unprepared for the work ahead including being discriminated against, while expected to assimilate and acculturate. Gratefulness has invited me to explore my background, and how difficult memories such as those of displacement can be transformed into joy and happiness.

I’ll never forget the moment when my son was born. Being a mother changes one’s life — becoming a mother is becoming a legacy. To become a mother, I have embraced the present moment. To embrace life, I had to embrace history by exploring my past. To become a mother, for me, first meant that I had to embrace where I come from and then how I would pass that on to the next generation — to be present!

Being a mother is not knowing how to handle every situation. Meanwhile, I have to remain present, again and again and again, which is the practice of gratefulness. To teach gratefulness to children, first we get to be grateful to the children with the children. Second, we get to be grateful to our own self as a parent. Being a mother is about humility. And I get to appreciate all that is in front of me so that I can be more present. As a parent, I also practice gratefulness at the kitchen table, welcoming the opportunity to appreciate daily life with my son.

I also teach gratefulness as an acupuncturist. I do this because it can be a path to joy, happiness, and reducing pain in your body. When you have negative thoughts, you have a physiological response in your system that can increase pain. But when you practice gratefulness, you can instantly reduce pain by changing your vital expression.

To experience peace, hatred and violence are not required emotions to catalyze change in oneself, however these emotions can be integrated and therefore understood, through the practice of gratefulness. Defined by gratefulness, I can remain, as Brother David says, in that present moment. When I’m in that present moment, I can be with you, even in the worst of pains. When I separate, when I leave this moment, I leave gratefulness, and therefore I lose what Brother David says, “The opportunity to heal, the opportunity to share.”

We invite you to share comments in the space below the video transcript which follows.

We all have the chance to change the world when we walk the world as a blessing.

Yeah, I think that one of the most difficult aspects of coming to this country was that there was no welcome party. There wasn’t a road in and so a lot of what you do as an immigrant is really the learning. And you become an observer. And maybe even just part of the wallpaper, so to speak. You don’t exist, you don’t have a voice. And part of the becoming an American, means to learn the way.

Surviving a war, civil distress, being held by a shotgun, crossing borders. They’re not easy experiences to deal with. But in the meantime you are grateful to be alive. And so your life becomes even more meaningful every moment that you become freer, so to speak.

Gratefulness is a distillation process for me. Like learning is, it’s like an alchemy, it’s a learning, it’s a practice. And so, every day waking up with messages that I start with a minus, you know? As in less than because of the color of my skin, or because of my accent. Or because of where I’m from.

Gratefulness became a focus in my life after I met Brother David and I had the opportunity, the gift, to meet him in person. And I asked him one question. I had attended a day long conference where, you know, there was discussion about spirituality and being present. And part of me felt a little distant from the message and it was, you know, somewhat an intellectual breakdown of the process of becoming grateful.

And so when I sat knee to knee with Brother David and I thought about this one question that’s sort of predominant in my life, as a brown immigrant woman, which is, “What about the pain?” And so then he says, “Pain is like labor pain.” And in that moment I felt like he, like I had given him a dollar and then he’d given me 99 cents back and I had change in my pocket. And I put it in my pocket and then I started playing with it. I kept playing with it until the moment where, wow! Nine months later, I understand to myself what he meant was, that pain could be my friend.

Intellectually, he invited me to bring in the pain further closer to me as opposed to it being my enemy. Or by me reacting to the pain. And so when pain became labor pain, then pain became a way into gratefulness.

Thank you, Doug Menuez and team, including Executive Producer Pear Urushima, Director of Photography Luke Carquillat, and Sound Technician/Gaffer Dino Davaros, for the grace and heart you bring to your work in making it possible for the diverse stories of grateful living to be shared.

To watch more films in this series, visit Grateful Voices. 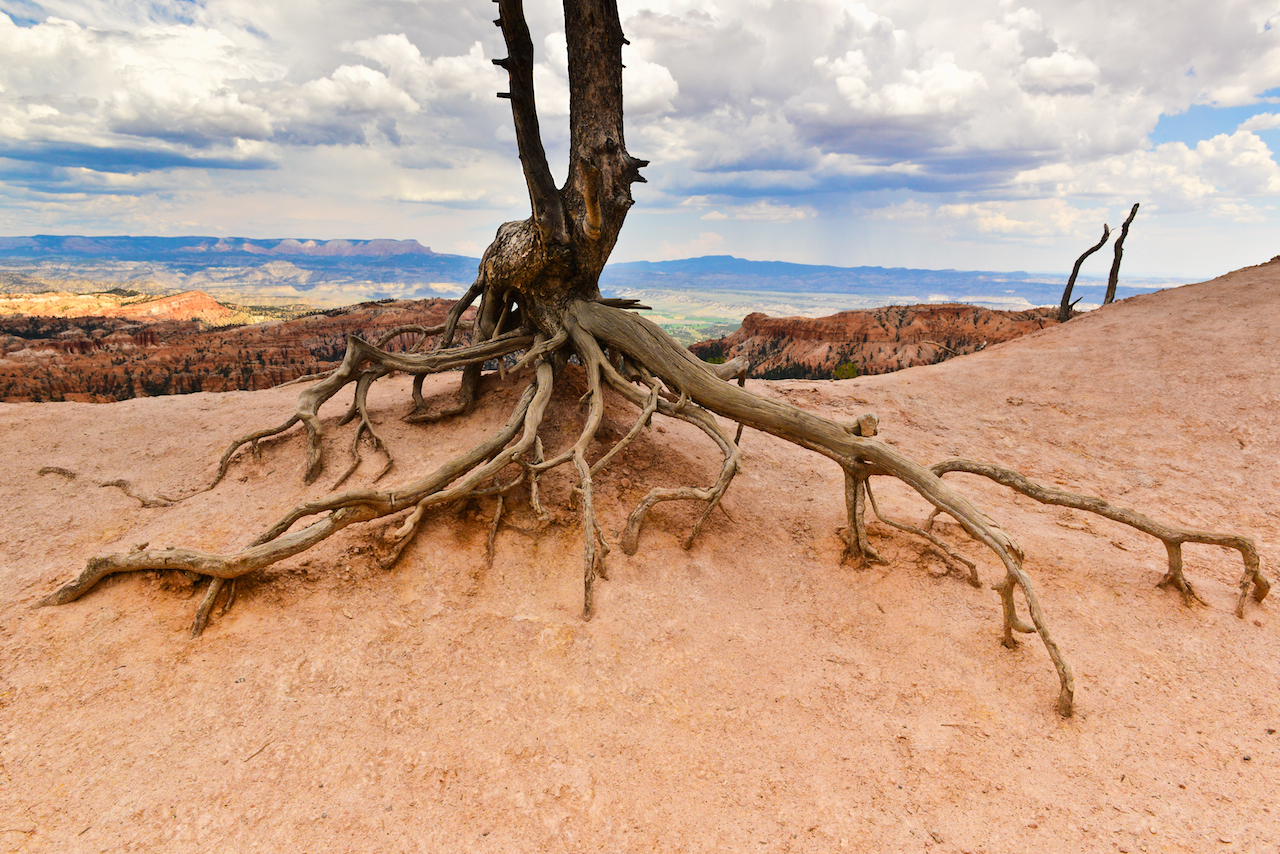 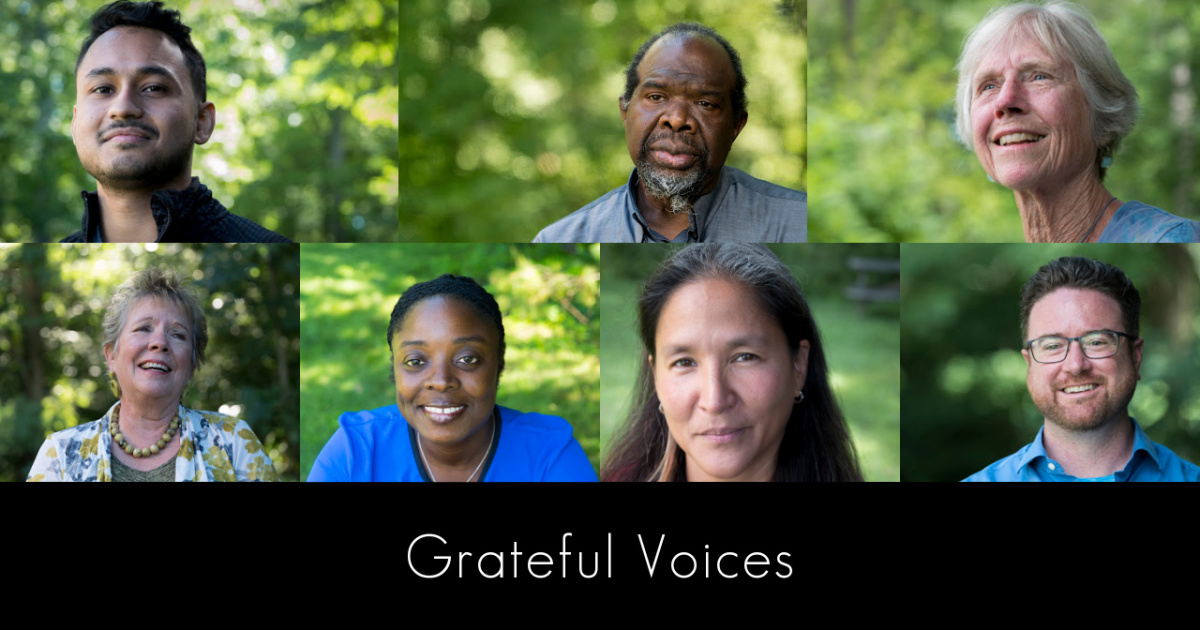 by The Grateful Living Team
In the summer of 2020, while all of us around the globe were isolated in…