With an appreciation of flow and motion Peggy's life has been always been driven by passion. From surfing and skateboarding to the intimate appreciation what she calls the 'Cetacean Nation'. Discovering the transformative force of participation artwork through her Origami Whales project was the first step to realizing that passion could be harnessed, amplified and ultimately inspire for a deeper purpose. (16:34) 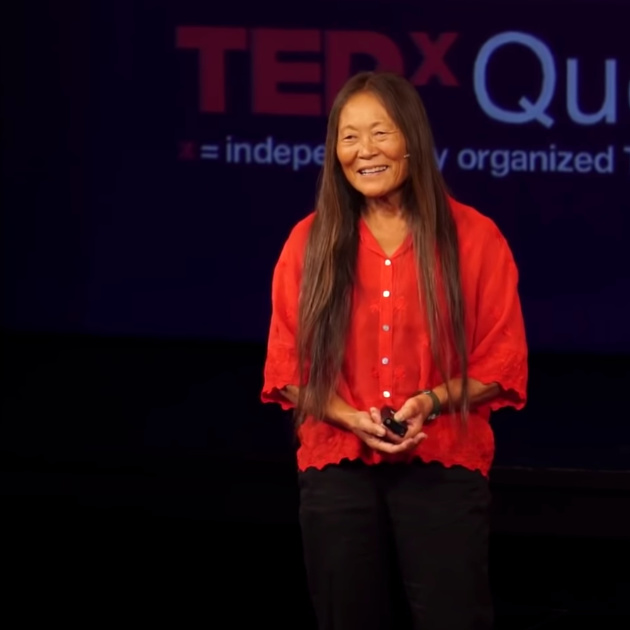 Once the only female member of the famous Zephyr Skateboard team from documentary ‘Dogtown and Z-Boys’: Peggy’s love of the outdoors inspires her to travel worldwide in search of good surf. In 2004, she founded the Origami Whales Project to raise awareness about commercial whaling. She has also developed the Whales and Dolphins Ambassador Program and led campaigns such as ‘Let’s Face It’, which petitions to save New Zealand’s critically endangered Maui’s dolphins and Hector’s dolphins.

This talk was given at a TEDx event using the TED conference format but independently organized by a local community. Learn more at http://ted.com/tedx​.