Many ancient myths sound like wild stuff, but what could be wilder than the scientific assertion that we came out of the stars? 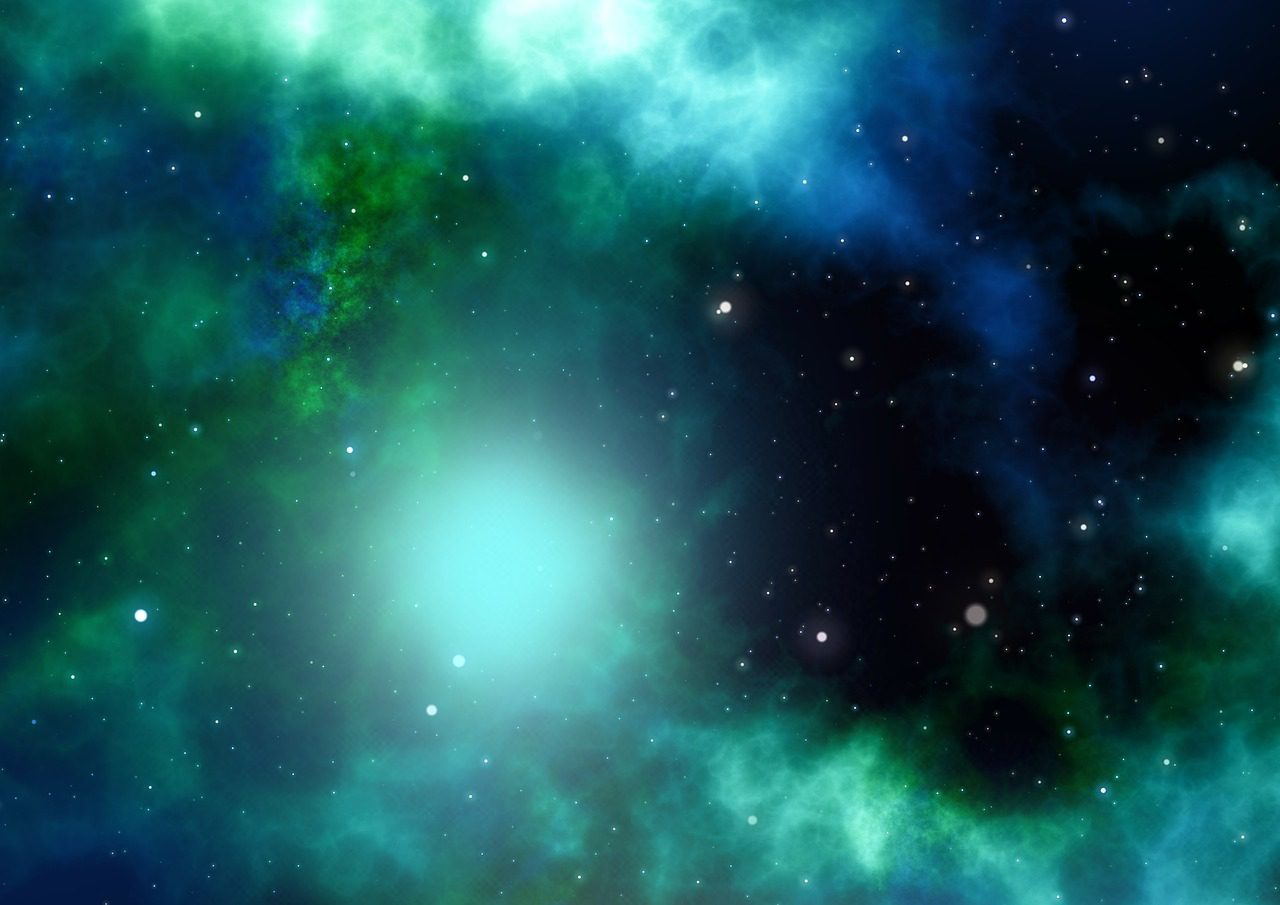 What’s required of us is nothing less than a reinvention of what it means to be human.

Brian Swimme: My fundamental starting point is cosmology. It’s important to begin with the universe as a whole. Indeed, I think that our difficulties today are rooted in the way we are caught up in a human world. We can’t seem to break out of this anthropocentrism. To ask, “What’s the best story we can tell?” is a great starting point. That’s what cosmology basically is: It’s the fundamental story that people live within. Margaret Mead said that every culture she looked at had a “cosmic sense” and needed to know how it related to the cosmos as a whole, how it related to the sun or the sea. Mircea Eliade claimed that for the tribal people, their central organizing pattern is the cosmogonic myth, the creation story. A living cosmology enables the human being to hold these immense realities in mind. Without a cosmic story, they escape us. We focus on the GNP and we ignore this vast realm in which we find ourselves.

What’s required of us is nothing less than a reinvention of what it means to be human. I don’t mean making an adjustment. I mean complete reinvention. We’ve been on the planet for two million years and we’ve constantly reinvented ourselves. And now we have to do it in a new way and the proposal is that the most effective way to reinvent a human being is within the cosmic story. After studying all the major cultures of the world for 50 years, Thomas Berry came up with a conclusion which startled me. He said that in the history of humanity, the scientific enterprise is the most sustained meditation ever carried out on the universe. And furthermore, what has been discovered in the scientific era has to be regarded as equally important with the revelations of the great religions. That approach is worth consideration.

Thomas Berry is not the only person who has come to this conclusion. Stephen Toulmin, a philosopher at the University of Chicago, who wrote The Discovery of Time , says that science’s discovery of this evolutionary story has to be regarded as the most significant achievement of human mentation. This is a large claim, but it’s worth considering. Why is the change so vast, why is it so enormous? It’s because we’re just now beginning to understand what this story might mean for us. This enormously fascinating story is breaking into human awareness. It is only now dawning on us what has happened.

Why is it only now dawning on us? Because we had to go into a shamanic trance to arrive at the story. Humans for the last two centuries have had to close down an enormous number of sensibilities, sensitivities, to get the story right, to focus entirely on empirical evidence and scientific understanding without any interference with religious tradition or spiritual thinking. And so the interpretation I would make of our moment is that science now is coming out of its shamanic trance and has returned to the culture at large, but more importantly to the planet as a whole. And now it’s telling the story of this universe exploding into being 20 billion years ago.

I spend a lot of time looking at the creation myths of the different religions and there’s some wild stuff! The stories that they would tell one another! You’d think about it and you’d think, “Oh, how can this possibly be?” But none of them are as unbelievable as this story, as fantastic as this story. I’m trying to emphasize that it has that dimension of a myth. Obviously it’s mythic, but why do we not consider it myth? Precisely because it is empirical. This became obvious to me when I was teaching physics to undergraduates. They learn about myths from the religion department, or the philosophy department, or from literature; and yet when they listen to me, there’ll be no question about whether this is myth or not. I could say that photons come from the beginning of time, 18 billion years ago. Or I can say, “We came out of the stars.” The students are soaking it up.

I would say that this story in particular is not the story of Western science. That’s a wrong way to think about it, because science itself is a pan-human accomplishment. We would never have gotten anywhere without the concept of zero. That came from India. We needed the concept of numbers that came from Islam, and the practical engineering techniques that came out of Egypt. And the scientific effort wouldn’t have begun unless we had the careful empirical evidence of the heavens that came out of Babylonia. I think it’s important to see that this is the work of the whole human species. Wars are waged against people who live outside one’s own story. We don’t live in the communist story; they don’t live in the capitalist story. But now for the first time on every continent this cosmic story is being taught. We have a species story. It’s a magnificent moment for the planet.

But there is a difficulty. The story is told in a one-dimensional language. Basically we’re all fundamentalists of one sort or another. And scientists in particular are fundamentalists; they have a notion that language itself has a one-to-one correspondence with meaning. There has to be a fuller telling of the story so its larger dimensions can be celebrated. When Charles Darwin was at the peak of his career, he was asked, “Is it necessary for scientists to lose the capacity to appreciate beauty?” He answered, “You know, as a young man I used to respond to poetry. Now I look at it as just being meaningless.” The initiation rite into science, for the most part, eliminates a large number of the powers of the human. So until this story is actually told with power and understanding, no change can occur in human relationships. But I see what is happening in many different places; especially, I see many women in the field of science. I see it as a very hopeful time.

Sin is a rift that alienates you from yourself, from all others, from the cosmos and the whole cosmic reality, and from the divine within you and beyond you. And its opposite is the blissfulness of belonging.

Brother David: If we are caught up in a human world and must break out into cosmology, how do we do this? One answer that comes out of the Christian context would be that there is the child in us that breaks out of the anthropocentric mold into the cosmic. That child is in every one of us, a child for whom the cosmos is alive and who does not think in strictly anthropocentric terms.

This morning very early I was down at the Esalen bath. A black cat is always around there; she’s called the bath cat. A little girl came in while I was patting the cat, and the little girl said, “After I have washed I will also pet the cat, but I don’t want to get her fur all messed up.” This is what I mean by being in touch, being in contact with the cosmic reality; it is in us but we don’t cultivate it, and I see it either as the child in us or as the mystic in us. Until quite recently mystics were special people. Only within the last decade has the idea been accepted that every person is a kind of mystic. This is a complete shift, and it has a tremendous impact on human thought.

From that starting point, we get a completely new religious language. Alienation is exactly the contemporary term for what one used to call sin. The English word “sin” is connected with “asunder,” with cutting asunder, creating a rift with reality. The religious traditions have said that sin is a rift that alienates you from yourself, from all others, from the cosmos and the whole cosmic reality, and from the divine within you and beyond you. And its opposite is the blissfulness of belonging. In our best moments, we experience this belonging as universal and all-embracing, and we attempt to keep these moments alive and live out their consequences as best we can.

It is not clear to me why the scientific effort has been called a sustained meditation. If there is one element in meditation that is decisive, it is giving of yourself, letting reality do something to you. Science is so closely connected with technology that one would probably have to disentangle the two very carefully before one could say that scientific effort is meditation.

About the author Brian Swimme

Brian Swimme is a professor of Philosophy, Cosmology, and Consciousness at the California Institute of Integral Studies and the author of The Hidden Heart of the Cosmos (Orbis, 1996), Manifesto for a Global Civilization (with Matthew Fox) (Bear and Company, 1983), The Universe is a Green Dragon (Bear and Company, 1984) and The Universe Story (Harper, 1992) which is a culmination of a ten-year collaboration with cultural historian Thomas Berry.
See more content by Brian Swimme