The Now That Does Not Pass Away

What do we do with the fact that our human life, in the only form in which we know it, is bound for destruction; and on the other hand the fact that “all joy wants eternity,” as Nietzsche puts it? 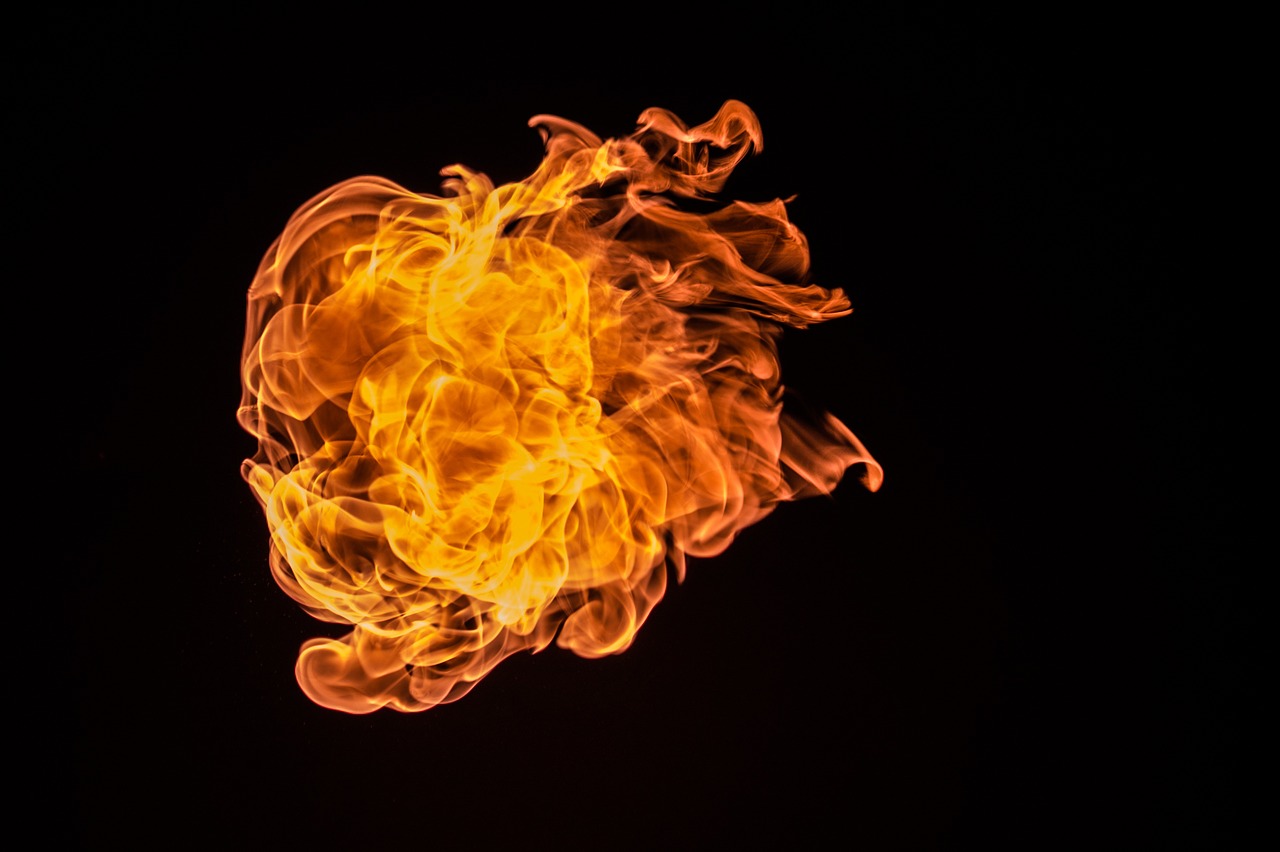 The questions asked in this interview are for the most part based on a lecture, “Why a Man Becomes a Monk,” given at Ann Arbor University by Brother David in 1963 and printed in CRUX, the publication of the Ecumenical Campus Staff, Christmas, 1963. In his lecture, Brother David said that the first step towards understanding why people choose monastic life is “facing the reality of death … Death is at the same time both ultimate passivity and yet a task to be achieved moment by moment throughout our life….Every moment has to respond to the inexorable question posed by our whole being’s movement towards its absolute negation….This question of death becomes the challenge to live.”

Biesele: In your lecture you discussed human physical deterioration and the ensuing consciousness of guilt as factors impelling a person towards monasticism. Could you further elucidate the experience that occurs when someone actually becomes conscious of this guilt?

Brother David: This experience is, of course, difficult to pinpoint. It is highly personal. And is it a paradoxical experience. On the one hand we feel somehow that we “deserve” death, and yet we find this state of affairs highly “scandalous.” Primitive people feel this strongly. Primitive myths about the origin of death are most revealing in this respect. But our own society betrays similar feelings by its efforts, sometimes rather grotesque efforts, to hush up the embarrassment connected with deterioration and death.

Biesele: Strange that it should be an embarrassment. But Thomas Mann, in The Magic Mountain, expresses much the same idea: the shame that is connected with rotting and deterioration. I wonder if it would be to the advantage of society, mentally and spiritually, if we could overcome this shame.

Brother David: Not exactly. I believe that we should overcome the anxiety so often provoked by death, and that we can overcome it precisely by squarely facing the paradox of death. But the shame and embarrassment provoked by death is an essential part of that paradox, and hushing it up will not help us overcome it. I do not believe in the Stoic attitude of taking death for granted. Edna St. Vincent Millay’s “Dirge Without Music” expresses what to me is a more truly human attitude: “… I know. But I do not approve. And I am not resigned.” I do know people, and people for whom I have great respect, who say that life and death are merely two sides of the same thing, complementary aspects like light and darkness, waking and sleeping. I respect them, but I do not agree with them. Their view has a certain appeal, but it is deceiving.

Biesele: It seems that people who say this sort of thing may not have thought too deeply about the subject and may be speaking glibly.

Brother David: No, those of whom I speak are not talking glibly. But no matter how sincere they are subjectively, they are closing their eyes to certain objective facts. The fact, for instance, that our human life, in the only form in which we know it, is bound for destruction; and on the other hand the fact that “all joy wants eternity,” as Nietzsche puts it. Love wants eternity. All lovers spontaneously profess eternal love. Any love poem is proof of that.

Biesele: It has been said that Christianity is the only religion that gives a positive meaning to death. What do you think about the idea that acknowledgement of death frees us from preoccupation with death?

Brother David: Yes, the right preoccupation with death is simply an initial stage on the road towards a greater appreciation of life. We cannot stress it too much that the Christian’s main preoccupation is not with death but with life.

Biesele: In your lecture you figuratively connected the experience of death with the image of fire by quoting William Empson’s poem “Missing Dates”:

If I understand this poem correctly, it expresses the idea that whenever we do not give ourselves fully to life, something within us that we withhold is left over and wasted. And every time we are not utterly alive a little more of this “waste,” as Empson calls it, accumulates, until it overcomes us in the end. How does this tie in with the central concept of your lecture?

Brother David: It is a magnificent image for the paradox to which the monk responds, or tries to respond. You notice how the paradox has entered into the very use of poetic imagery: On the one hand “fire” stands for life, and that part of us which we withhold from the splendid combustion of life turns into poisonous “slag hills” – “the waste remains and kills.” But, on the other hand, “the complete fire is death.” This “complete fire” which overpowers us from without is at the same time our last chance to give ourselves wholeheartedly to it, so that it can consume all the poisonous waste, make us fully alive. There lies the challenge of death which the monk tries to meet in a special way.

Biesele: Could you explain what you mean by this “special way”?

Brother David: Well, in order to become fully human we must expose ourselves to the encounter with the “fire,” encounter with that Mystery in which death and life coincide. And there are two events in our lives that can break open the prison in which we tend to lock ourselves up so as to shut out that “fire.” One is the experience of love; one is the experience of death. Both destroy the illusion of our self-sufficiency. The two are closely connected, and to become fully human we must experience both of them.

But the emphasis will vary. For the monk the encounter with death stands in the foreground. It becomes for him the experience that breaks him open for the “fire.” For the Christian monk this “fire” is the mystery of Christ’s death and resurrection; and his “special way” is a form of life oriented in every detail towards sharing Christ’s passage through death into life. But by Buddhist monks, too, “Satori” (“enlightenment”) – towards which their whole life is oriented – is often compared with death. It was most interesting for me, by the way, to share some of these thoughts with other monks here at the Conference this week. And talking, for instance, with the Reverend Eido Tai Shimano, a Zen Buddhist monk, I was struck by our deep agreement on the importance of death for the monk’s outlook on life.

[quote text=”When we come to the moment of death it is only the fulfillment of many practice sessions, the blaze of that “fire” in which we become most perfectly ourselves.”]

Biesele: Did you find in your talks this week that Buddhist and Catholic doctrines on the preparation for death like these on death itself, have points of similarity?

Brother David: Yes, I think we could say that the spirituality of both Buddhist and Catholic monks lies precisely in this: We train ourselves from moment to moment for an ever more complete surrender to the “fire,” integrating death into our lives so as to be more fully alive. We try to give ourselves to what we Christians call “the sacrament of the present moment.”

Biesele: Was it not in reference to this “sacrament of the present moment” that you quoted from Rilke’s Sonnets to Orpheus:

Be! – and perceiving in that which is being’s negation
Merely the infinite ground of your fervent vibration
Fully achieve it this one irrepeatable time!

It seems though an acknowledgement that if one achieves anything it can be nothing but a magnificent momentary accomplishment which cannot endure.

Brother David: Yes, it may well be that Rilke meant it in this sense. But I have an interpretation of which he may not have thought. And if it is good poetry, it should lend itself to many levels of interpretation. As I see it, Rilke, by achieving the full realization of this one irrepeatable moment, penetrates into “eternity.” In fact, Rilke may have been aware of this when he wrote in another one of the Sonnets:

Change though the world may as fast
as cloud-collections
home to the changeless at last
fall all perfections.

Biesele: Do you mean that we can enter into the dimension of eternity the moment we give ourselves perfectly to the present moment?

Brother David: Indeed. In Christian theology eternity is nothing but the now that does not pass away. If I would give myself utterly to this present moment, hold nothing back from the transforming “fire” I encounter in the “sacrament of the present moment,” this would be death, for there would be no room for another significant moment. This would be the Now. This would be eternity. We can only hope to accomplish this openness in the hour of our death and train for it now.

Biesele: I can see that this is different from the Stoic attitude.

Brother David: It is different because it leaves the paradox of death intact. And Ultimate Reality (“God,” if you want to use Christian terms) must be paradoxical. The present moment is the threshold where Buddhists and Christians alive encounter Ultimate Reality. When we come to the moment of death it is only the fulfillment of many practice sessions, the blaze of that “fire” in which we become most perfectly ourselves, in that now which does not pass away.

Reprinted from Generation (edited and managed by the students of the University of Michigan), Spring 1966.