Dare to Be Astonished 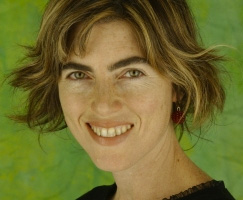 A pigeon builds its nest on the highest branch of the willow tree outside my front door. It flies up and down carrying twigs of all kinds: short, long, straight, curved. A little while ago, a larger sprig with several offshoots gave it considerable trouble, I can’t see the nest behind the foliage, but I can imagine the laborious endeavor: the weaving together of all those tiny twigs until they form a web and, eventually, a solid foothold for life.

I could watch it come and go all day. It has no fancy moves. Pigeons and their nests are not precisely colorful or charming. And yet there is something in its comings and goings that calls to me powerfully. What moves that pigeon to keep swooping down for those twigs? What drives it to work tirelessly day after day, week after week, until that formless pile becomes a refuge worthy of what it’s about to receive?

It would be easy to speak of instinct, of biological imperative, of evolutionary memory. But none of that means much to the part of me that watches in awe, brimming with sympathy and connection.

I too once built a nest to welcome my little ones, I think. I too chose the materials carefully, lodged it under a sheltering branch, waited patiently for the ripening. In that act spurred by mysterious forces –motivation and awareness seem inconsequential here- I see myself in that pigeon flying up and down with a heavy beak, entirely focused on the one task that matters.

I see myself, like I see myself in the willow, which due to a dangerous inclination to one side has recently started sprouting branches in the opposite direction, in a futile but heroic attempt at balance. How many times do we grow brave branches in the opposite direction of our weaknesses? And if those branches don’t do the trick, if they don’t achieve the goal they were aiming for, is the aspiration any less worthy? I find it impossible to walk by those branches without seeing in them a palpable form of intelligence, a thirst for life, something akin to a purpose; and, at the same time, to feel moved by the insufficiency of that effort. In fact, that dogged will to thwart the inevitable echoes in me above all else.

Maybe it’s naive to see myself in the branch, in the tree, in the pigeon. If it is, let me say with (Richard) Buckminster Fuller, the magnificent inventor, “Dare to be naive!” I recall the phrase when I find myself doubting these impressions, because I know that the well they spring from is deep.

[quote text=”I know that to be a witness to the force of life (even when it falls short), to be awed by the mystery which animates it, is probably our most important assignment.”]

That treasuring the invisible bond that links beak with branch with eyes that observe and heart that rejoices might be a form of reverence, of taking one’s place in the great chorus, the broken orchestra which manages to make music, always, no matter what.

Then I remember Mary Oliver, who in her poem Messenger asks:

Am I no longer young, and still not half-perfect?
Let me keep my mind on what matters, which is my work,
which is mostly standing still and learning to be astonished.

And so I stay still, and look at the buckled tree, at the pigeon in its unceasing journey, and I smile at the mystery, at the effort, at the grace.

We Dare to Say Our Father

by Br. David Steindl-Rast, OSB
2 parts, total time (61:59). Br. David helps us understand why every petition of the…
Q&A

by Br. David Steindl-Rast, OSB
Q: How can we deal with our need to hang on to our "security”? Clinging…
Q&A

by Linda Fisher (Lodrö Sheltso)
Q: After having read Norman Fischer’s The Things We Will Never Have question and answer…