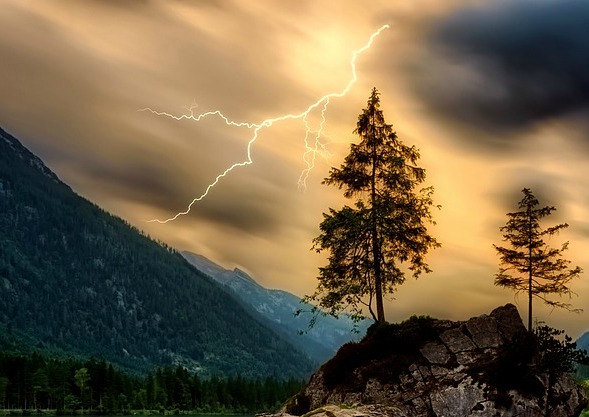 I was awestruck, dumbfounded, mesmerized by the monumental magnificence of this phenomenon. I realized that I was witnessing a truly Divine show in all its glory.

After exploring the isolated hamlets of the Tarahumara Indians and the majestic stone formations of the surrounding landscape, I returned to the country lodge where I was staying. Sunset was approaching and I decided to go for a walk around the lodge’s extended property to relax and absorb the events of the day. As the last shade of orange on the horizon began to give way to darkness, I saw large groupings of clouds slowly approaching. Soon, most of the sky was covered in a gray and black mass of enormous cloud formations and I noticed a few streaks of lightning brightening the distant mountain ranges. In a few minutes, the lightning flashes became more frequent; weird electrical discharges of various shapes, intensity, and duration began to appear in different regions of the sky. I could hear no thunder nor feel any rain; the mute lightnings seemed to caress the sky and stand wholly apart from the clouds, which by now had stopped moving, creating a stable backdrop that looked like a gigantic theatrical curtain. It now became obvious that this was the beginning of a very rare electrical storm. At this point, I asked the lodge owner, who was passing by, to switch off all the lights in the lodge’s grounds so that I could enjoy the natural phenomenon without the distraction of the electric lights.

The lightning display, the scale and beauty of which no human fireworks’ show could ever equal, made me realize that Nature’s Art is on a completely different level than anything we humans create.

As I stood in the now surrounding darkness, the lightning show of Nature was becoming more beautiful and impressive by the minute. Soon, I was completely hooked on the spectacle and even invited some nearby guests to join me, who, by the way, declined, stating they “had seen such lightning before.” I found a stone fence and comfortably sat alone with my back towards the lodge staring at the vast expanse of the cloudy sky. The celestial sphere was now punctuated by an increasing number of extraordinary lightnings the like of which I had never before seen, apart perhaps, in some artistic photos which I had always considered to have been fake or at least hugely modified. Each electric discharge usually had a main “lightning trunk” from which boughs, twigs, and leaves of various lengths, textures, and durations branched out. Occasionally, many groups of such lightnings appeared simultaneously, filling the whole sky; at other times a single majestic one stretched along the whole length of my field of vision. I was awestruck, dumbfounded, mesmerized by the monumental magnificence of this phenomenon. I realized that I was witnessing a truly Divine show in all its glory. The lightning display, the scale and beauty of which no human fireworks’ show could ever equal, made me realize that Nature’s Art is on a completely different level than anything we humans create. I recalled Brother David’s idea that the main reason we fail to experience gratefulness in everyday life is that we take the things Nature provides us for granted. I pondered on why we are willing to pay a ticket to watch fireworks or some other show at special festivals but oftentimes choose to ignore the free, extraordinary displays of Nature. The answer seemed to lie in that we have become accustomed to receiving Nature’s endless gifts and, like spoiled children who get many toys, no longer appreciate them. I then thought, “What if I now make myself believe that this unique light show is not a natural phenomenon, but something that has been planned over many months by a billionaire for the purpose of impressing his guests on the occasion of his daughter’s wedding party?! What if I pretend that I am one of the select VIP guests that have been invited to the wedding, and that I am witnessing a man-made light show that cost millions?”

It was as if my whole experience were transposed to another set of coordinates in which my ordinary life became extraordinary.

No sooner had this strange idea entered my mind than I convinced myself that the lightning show was truly produced by a specialized company that had been hired by the billionaire to stage it for me and some other wedding guests situated in different locations in the surrounding landscape. While being completely immersed in enjoying the spectacle, I somehow managed to faintly keep in the back of my mind the strange thought that the whole sky was a specially constructed theatrical stage with a giant projection screen and that in the surrounding fields there were thousands of technicians with specialized equipment who were all busy working to create this one-of-a-kind light show just for me and some other invisible guests! The “just another ordinary natural phenomenon” immediately morphed into a “uniquely extra-ordinary human event.” Suddenly, I was witnessing not a natural phenomenon that I happened to fall upon as a passerby but the greatest human light show ever created, to which I was furthermore invited as a special guest. It was as if my whole experience were transposed to another set of coordinates in which my ordinary life became extraordinary. I now felt as if I were a king of kings, the pharaoh of Egypt, the king of Persia, the emperor of China, and that this whole show was being created for my own pleasure. While in this strange state, I was overwhelmed with gratefulness for being alive and for having the honor to witness such an incredible event.

It gradually dawned upon me that I am a king of kings every single day of my life….

As I sat motionless for the next hour or so, being completely absorbed by this now-human light show of monumental proportions, it gradually dawned upon me that I am a king of kings every single day of my life, but I have become so used to it that I am rarely if ever aware of the fact.

Ever since that extraordinary evening in Chihuahua, the magical land of the Tarahumara Indians, whenever I find myself unable to appreciate something special that crosses my life’s path, I mentally change the coordinates of the natural mode of my perception by imagining that I am experiencing something that was created just for me by another human or by a large organization. I thus break the pattern of taking things for granted and suddenly find myself transposed to a parallel reality in which I become a king who has been invited to a very exceptional event prepared especially for my royalty. I then realize that, actually, I am a king of kings irrespective of the magnitude of the gifts that Life bestows upon me. Although it is easier to experience gratefulness in such special instances, the extent to which I expand the range of this practice to encompass the more ordinary yet equally miraculous occurrences of everyday life, is the extent to which I pertain to this royalty that we are all born into.

The Ordinary is Extraordinary
Articles 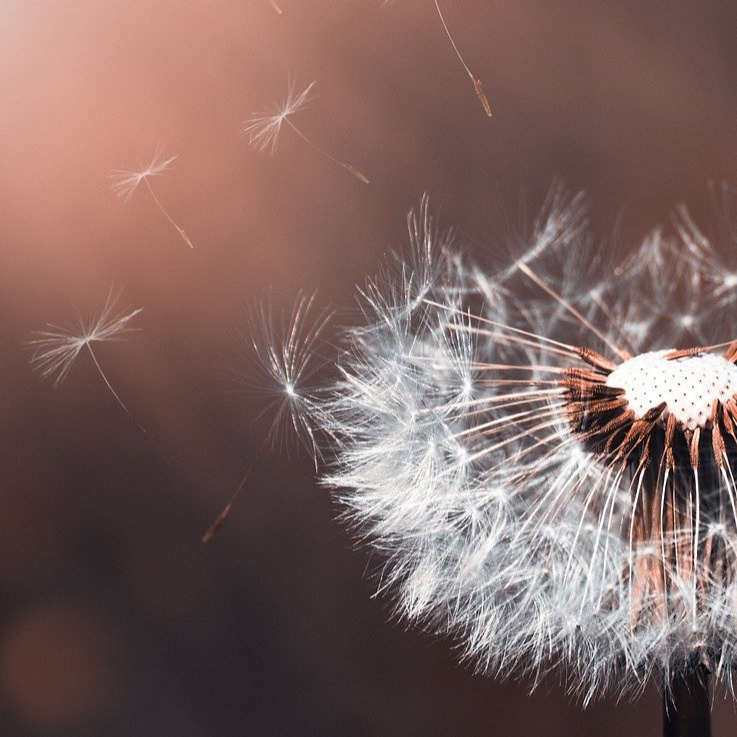 by Lucas Johnson
Filled with gratitude for King’s life, I hope that the multitude of acts of generosity…