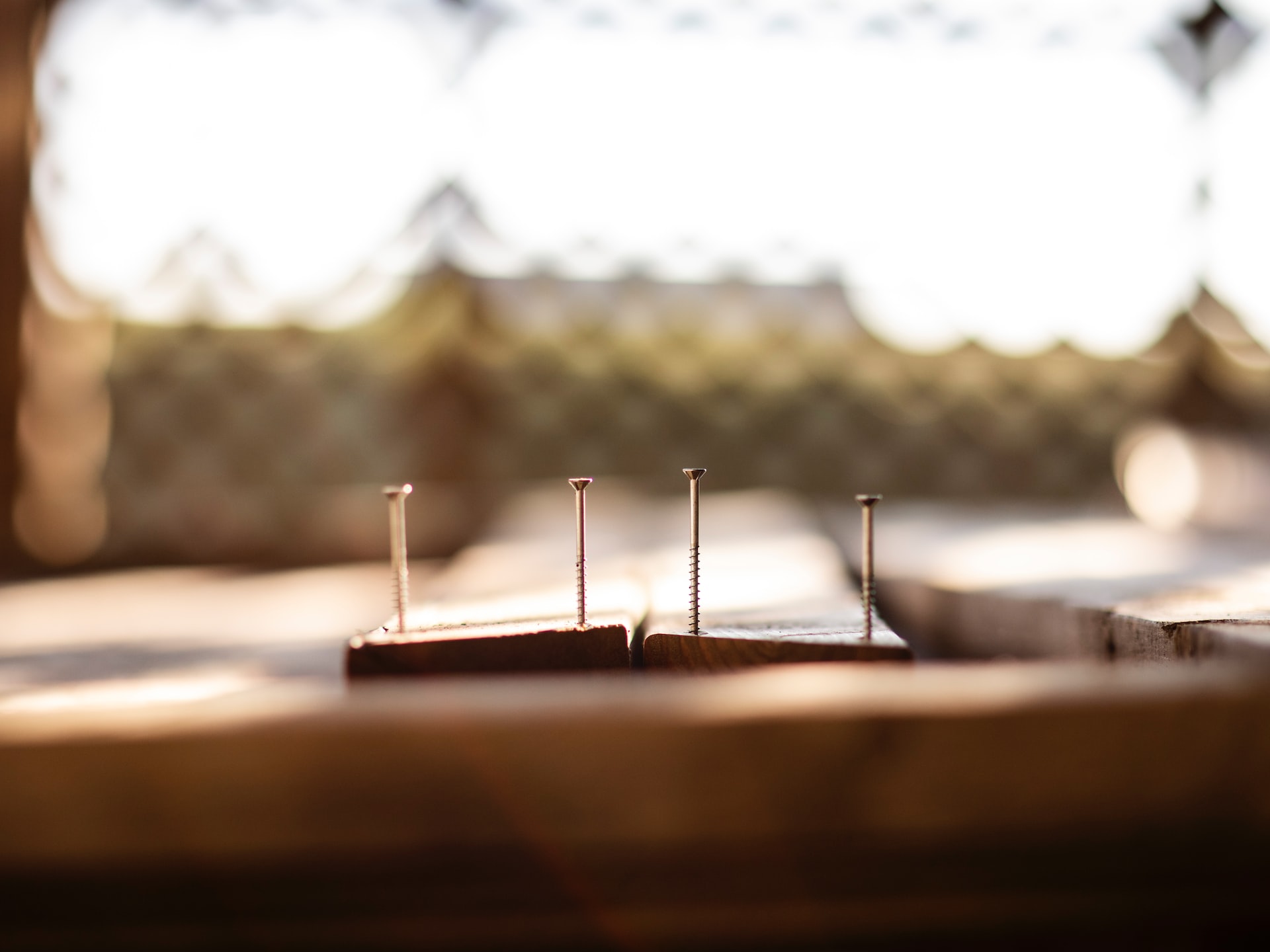 Why not hire a professional? would be the logical question, but then I’d miss the quizzical
look I got from the hardware store clerk when I made theatrical gestures with my hands
to mimic a mailbox post being installed, and the drive-through lane of the lumberyard
where I opened the window to drifts of cedar and pine, and the surprisingly intimate
feeling of a drill in my hands at the golden hour of late afternoon, and how the lawn
where I worked became a cheering section of dandelions, and the way I started talking
to the screws, as if I were their guidance counselor. I’m not done yet, of course. This is
the price of chipping away at a language I will never be fluent in. But I’m not in it for
the expertise. I want, instead, the improvisation of the unskilled, my fingertips on the
craggy edge of discovery, my body turned toward an act of making, however imperfect.

Listen to the poem here.

Posted by kind permission of the poet.
Photo by Pedro da Silva/Unsplash.

Maya Stein is a Ninja poet, writing guide, and creative adventuress. She has kept a weekly short-form poetry practice, “10-line Tuesday” since 2005, and facilitates writing workshops in person and online. After a 7-year stint in suburban New Jersey, she is now happily ensconced in the wilds of mid-coast Maine, in a house named Toad Hall. Connect with her at mayastein.com. (Photo by Chris Battaglia)
See more content by Maya Stein