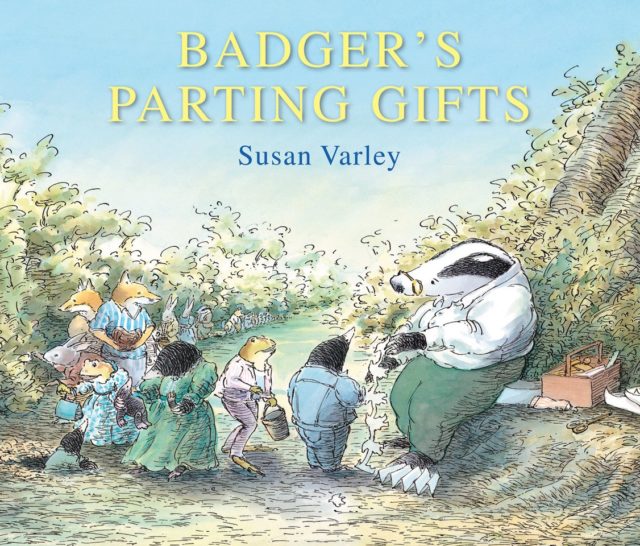 Most everyone who knew her well had already come to say farewell during the previous few weeks, but we were still awaiting one last visitor.

Have you ever read Badger’s Parting Gifts? It tells the story of an old Badger who knows he will be dying soon, and worries about how his friends Mole, Frog, Fox, and Rabbit will cope with his departure after he goes down “the Long Tunnel.” The rest of this beautifully illustrated book revolves around the touching and creative ways in which Badger’s friends end up cherishing his legacy, and working through their loss.

It is one of my favorite children’s books, and it has a very special place in my heart because it was first read to me on the night before my mother died. She was a gifted psychotherapist who worked for nearly 30 years with terminally ill patients and their grieving children, and received the French Legion of Honor for her contributions to the field of palliative care. But on that last day of her life, she was the one lying in a coma in the same big Parisian hospital where she had accompanied many others to the end of their life. She was dying of pancreatic cancer.

After she arrived and greeted us, she sat quietly by our mother’s bedside, and then started to talk to her as if she was fully awake and present.

My sister and I were both by our mother’s side that evening, very much aware that it might be the last. Most everyone who knew her well had already come to say farewell during the previous few weeks, but we were still awaiting one last visitor.  One of our mother’s students had written to us earlier that day to ask for permission to come see her beloved mentor one last time, and say good bye in person. I knew how important this was for her, because of a poignant email she had written a few days before to tell us how big an impact our mother had had on her life, both professionally and personally. So, we were looking forward to meeting her. After she arrived and greeted us, she sat quietly by our mother’s bedside, and then started to talk to her as if she was fully awake and present. Neither my sister nor I were surprised by that. This was how our mother had always taught us to treat anyone in a coma: “always assume that they can hear you perfectly, and address them directly.”

So, in a very loving voice, this young woman by the name of Isabelle told our mother that she had given a lot of thought to what she most wanted to say to her. And she proceeded to thank her for all the gifts she had received from her over the years. Her list was very touching. She even acknowledged the way our mother treated the hospital staff. In this large hospital where she worked for many years as Director of Psychology, she knew every staff member by their first name. And she could always greet them with a personal question that referenced something she knew about their lives (their kids, their hopes, their worries). She addressed surgeons, nurses, receptionists, and the cleaning staff with equal care and respect. That made a big impression on Isabelle, who told us that night that she was doing her best to learn and remember everyone’s name at the hospital where she was now working.

After she finished expressing her gratitude, Isabelle told our mother that she had brought Badger’s Parting Gifts with her, thinking she might like to hear the story one last time.

After she finished expressing her gratitude, Isabelle told our mother that she had brought Badger’s Parting Gifts with her, thinking she might like to hear the story one last time. Before proceeding, she turned to my sister and I, and explained that this was a story our mother would often read to bereaved children in her therapy practice.  And it was also a book she enthusiastically recommended to younger therapists who were training with her. Our mother had read countless children’s books to us over the years, in that warm and soulful voice that had now gone silent. She was a magical story-teller. But neither my sister nor I had ever heard this particular story.

So, these are the circumstances under which we received the unexpected gift of hearing Badger’s story for the first time. Though my younger sister and I were both grown adults at the time (38 and 40 years-old, respectively), we were also grieving children. And as we were listening to Isabelle’s sweet story-telling voice, we couldn’t help feeling as if our mother had somehow found a way to share this one last story with us, to help us cope with her departure.  It was a profoundly moving experience and unexpected parting gift, for which I will always feel grateful. In French, the book is titled “Au Revoir Blaireau” (i.e. Farewell, Badger). And these ended up being the very last words I whispered in my mother’s ear before leaving her for the night. She died at dawn the next day, surrounded by the night staff she knew so well.

I have read and re-read Badger’s Parting Gifts many times since then, in both French and English, alone and to friends. And I love giving copies of the book away. It’s one of the ways I like to honor my mother’s memory, and some of her parting gifts, including the deep love of children’s books I inherited from her.

The book also highlights the importance of story-telling and grieving as a community.

If you know children who are dealing with a big loss, this little book is really good medicine. It encourages kids to welcome their sadness. It models how to cherish special memories of departed ones, the way Frog remembers how Badger taught him to ice skate and gain self-confidence, and the way Fox  remembers how Badger taught him to knot his tie properly.  The book also highlights the importance of story-telling and grieving as a community.

Below is a youtube video of Badger’s Parting Gifts, read in the wonderful voice of Ruby Dee. If the story moves you, please get a copy, or two, or three, so you can read it or give it away to grieving friends. The illustrations are exquisite. 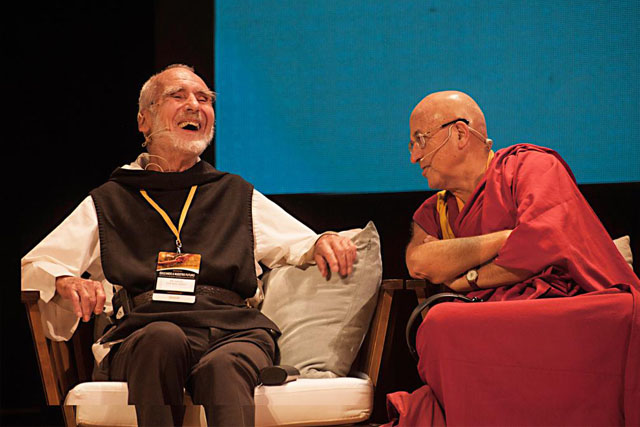 Educating from the Heart

by Maximiliano Atencio, Vivir Agradecidos
…we need an education that trains not only semantic or logical skills, but an education…

by Br. David Steindl-Rast, OSB
Merton's timeliness and the timeliness of the Asian Journal, years after his death, present a… 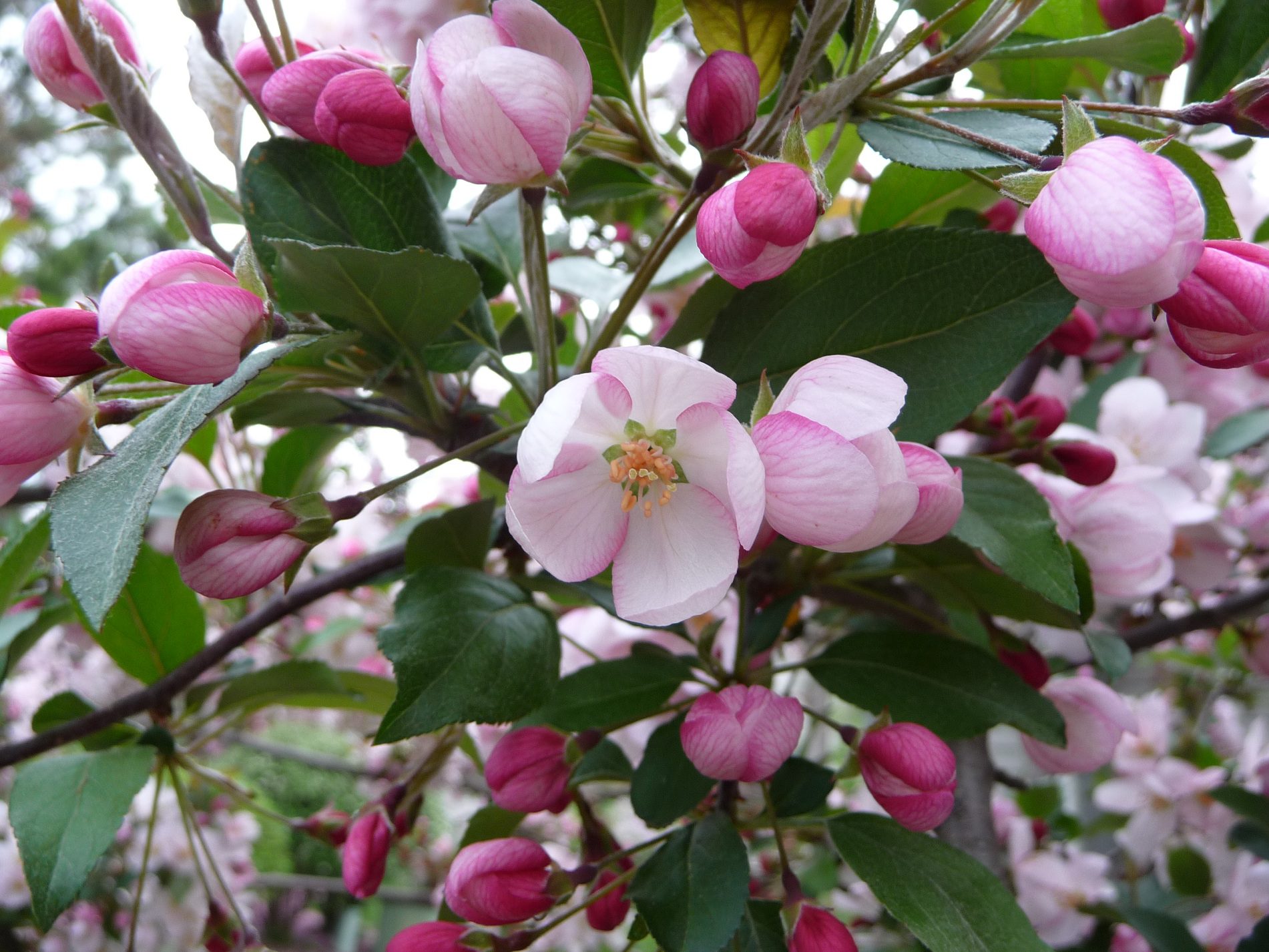 by Roger Voight
The thick carpet of leaves, covering the grass and patio, beckon me. I am grateful…