Saying Goodbye: How Gratitude Made my Life Bearable and Beautiful 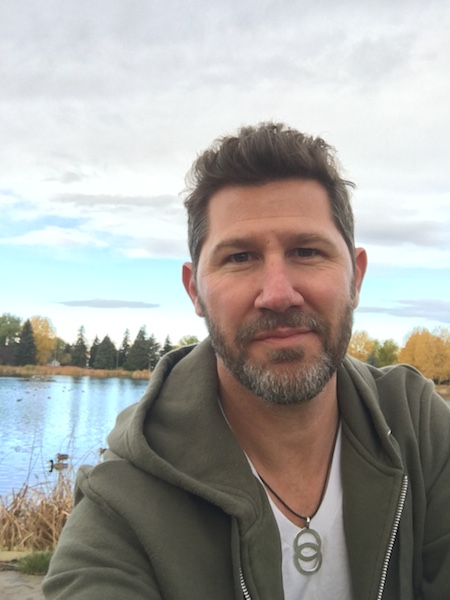 When I moved to Seattle in 2002, I was an émigré from Los Angeles, the only home I had known for 30 years. I was a lost soul looking for a deeper, more meaningful life. I had become completely disappointed in relationships and believed that true love would never find me. I wanted connection, but I certainly wasn’t finding it in the nightclubs and meeting places of Southern California. So, resigned, I moved, eager for a new start, and made peace that my search for true love was over.

I soon learned that life has a way of giving you both what you want, and, what you don’t want, when you least expect it.

Once settled in Seattle, I somewhat reluctantly connected with a man who was a buddy of a longtime friend of mine in LA. Charlie Murphy had been the front-man in the acclaimed Northwest band, “Rumors of the Big Wave”. After he retired from music, he co-founded a successful youth empowerment program which started in the Northwest and grew internationally, called PYE Global.

We married in 2006 and threw ourselves into a life of adventure…It seemed our relationship would continue to blossom in beautiful ways for a very long time.

I met Charlie one Saturday at his home on Whidbey Island, north of Seattle and when we saw each other, it was love at first sight. Within a week, we started the unfolding of our beautiful relationship. We married in 2006 and threw ourselves into a life of adventure. We worked together in Europe, Africa and South America, we lived in London for a time, and created a beautiful home near the sea we called, Planet Love. It seemed our relationship would continue to blossom in beautiful ways for a very long time.

Charlie and I were 13 years into our lives together, happily planning our next adventures, when life as I knew it came to a screeching halt. After months of trying to find out why Charlie had developed a slur in his speech, we got the definitive diagnosis of Bulbar ALS – the most aggressive form of that disease, with no treatment or cure.

The news of Charlie’s ALS rocked our world and I suddenly became my husband’s caregiver. We both stopped working and focused our energy on trying experimental treatments to buy us time. Throughout his illness, we remained incredulous that this disease was in our lives.

The hardest part of caring for someone with Bulbar ALS is witnessing the constant deterioration and loss of physical function. My vibrant, life-loving husband was quickly becoming a prisoner in his body, his once melodious voice now monotone and hard to understand. Eventually I became his arms when he could no longer feed or wash himself, his neck when his head slumped forward unable to hold it up, and his voice when no one but me could understand his muddled speech. I worked nearly around the clock for months caring for Charlie. It was the most physically demanding, heart-breaking, soul-trying experience of my life. I drew from deep inner resources to keep going, and to try and maintain a patient and loving attitude toward him as I worked on his behalf in the face of profound exhaustion and emotional distress. This level of care was way beyond anything that I had ever thought I was capable of offering.

He must have known intuitively that gratitude has the power to transform a frustrated moment into something beautiful.

But, truthfully, the one thing that kept my spirits going did not come from my inner reserves; it came from Charlie and his consistent expressions of deep gratitude for me and all that I was doing for him. Every day, whether I was giving him nutrition in his feeding tube or propping his head on a pillow, he thanked me. When I helped him in the bathroom and tucked him in at night, he would look at me with soulful eyes and say, “you are doing so much, thank you my love.”

Charlie’s gratefulness buoyed my life as I felt it sinking around me. He must have known intuitively that gratitude has the power to transform a frustrated moment into something beautiful. He lifted me each day on our journey with ALS, a journey that lasted one year and four months, all with a simple heartfelt expression of gratitude.

That love ushered in waves of gratitude for a well-lived life and the commitment we shared.

In the final moments of his life, as I held Charlie in my arms and witnessed his last breath, I felt a profound love between us. That love ushered in waves of gratitude for a well-lived life and the commitment we shared. I felt more proud of Charlie and myself than I ever had in that moment, because we had the courage to release ourselves from the shackles of suffering.

Life gave me two experiences I never thought I would have – great love and overwhelming loss. I was searching for a deep, meaningful life when I moved away from home. Charlie helped me find it in ways I never could have imagined.

Eric Mulholland is an actor, educator and licensed massage therapist. He has blogged about theatre for Whidbey Life Magazine and traveled extensively working with PYE Global, an organization co-founded by his late husband. He enjoys writing and lives in the Pacific Northwest with his loving pooch, Ziggy.
See more content by Eric Mulholland