The Poet of Awe 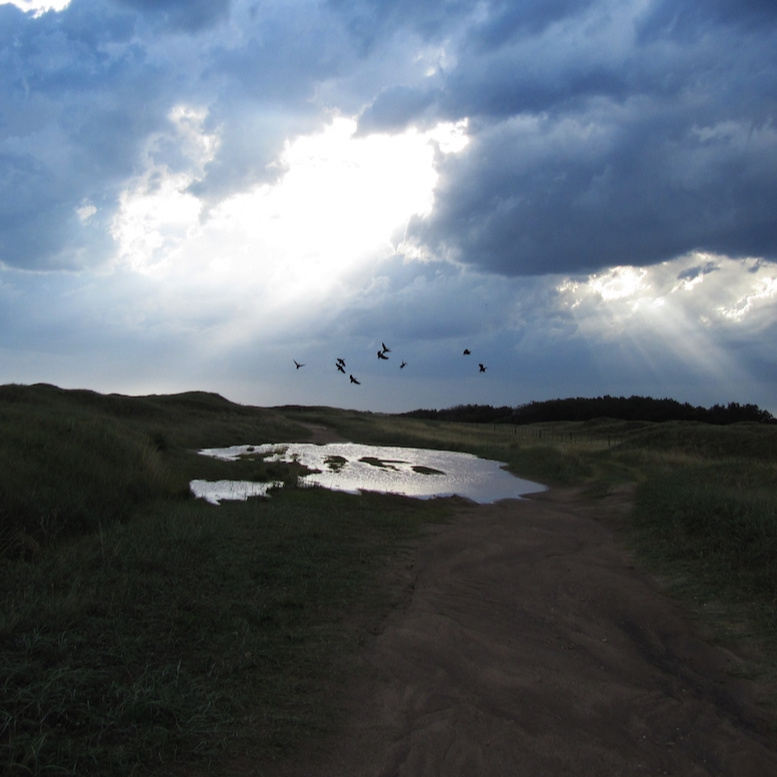 Years before Mindfulness took the world by storm, inviting us to savor the moment, Mary Oliver had long been saying things like: “Attention is our endless and proper work,” “Attention is the beginning of devotion,” and “This is the first, the wildest and the wisest thing I know: that the soul exists and is built entirely out of attentiveness.”

She didn’t say it in the way of a preacher, looking down at her flock from the pulpit. She said it at ground level, from her beloved woods in Provincetown, Massachusetts while she waited one more hour, motionless between the fronds and the mosses, for the return of that deer that had once, after a similar offer of time and patience, come up to her slowly and nuzzled her hand. There were two, in fact, and as she tells it, one said to the other:

okay,
this one is okay,
let’s see who she is
and why she is sitting

on the ground like that,
so quiet, as if
asleep, or in a dream,
but, anyway, harmless.

She said it, also, as she greeted the sun, every morning, delighting in its faithful presence. Like this, for example:

Hello, sun in my face.
Hello, you who made the morning
and spread it over the fields
and into the faces of the tulips
and the nodding morning glories,
and into the windows of, even, the
miserable and the crotchety.

For those of us who read her like a daily liturgy, her name is synonymous with other such essential words: mystery, wild, awe, terror, devotion, gratitude, grace. All of them come alive in her simple poems, that seem to rise from the crossroad of nature and spirituality, brimming with good questions.

Since Whitman and Thoreau, no one had made the grass and the sky speak so eloquently, as ambassadors to the embodied sacred. Few were able to provoke us so playfully, with questions such as: “And have you too finally figured out what beauty is for? / And have you changed your life?” and “Are you breathing just a little and calling it life?”, or that ultimate invitation, “Here you are, alive. Would you like to make a comment?”

Mary Oliver was in a class by herself. Distinguished with a Pulitzer Prize and a National Book Award, she was viewed with suspicion by literary critics for her status as a kind of rock star poet. Her books were received with the zeal of the Harry Potter saga, her more popular quotes like “Tell me, what is it you plan to do with your one wild and precious life?” were endlessly tweeted and instagrammed, her readings drew full houses and, strangest of all, for a hermit who did all she could to avoid interviews, people adored her.

Some of her poems, like the often cited “Wild Geese,” have saved lives with their call to share our pain, to allow “the soft animal of your body to love what it loves,” to rediscover our place “in the family of things.” Others, like the lesser known “Praying,” opened the doors of worship even to staunch atheists:

It doesn’t have to be
the blue iris, it could be
weeds in a vacant lot, or a few
small stones; just
pay attention, then patch
a few words together and don’t try
to make them elaborate, this isn’t
a contest but the doorway
into thanks, and a silence in which
another voice may speak.

Some saw Mary as a bucolic poet, blind to the darkness of the world. Those people never read her with attention. There was no wisp of naivety in her descriptions of the natural world, which included scenes like the agony of a fish she herself had caught. After separating the meat from the bones and eating it, she concludes:

Now the sea
is in me: I am the fish, the fish
glitters in me; we are
risen, tangled together, certain to fall
back to the sea. Out of pain,
and pain, and more pain
we feed this feverish plot, we are nourished
by mystery.

Others imagined her a wealthy artist, since she could give herself the luxury of wandering in the wilderness from dusk to dawn. The answer, in her own words, was that she often wandered through the beach and the forest looking for weeds, mushrooms, fish, or clams, since for years she and her partner, the photographer Molly Malone Cook, were too poor to buy food.

Nothing in Mary’s life was easy or light. She had a cruel childhood: an abusive father, a neglectful mother. Her response was to seek refuge in the woods of her native Ohio in the company of Wordsworth, Keats, Shelley, Emerson, and her alma mater Whitman — just her and the treetops, her and the images of the pages that spilled onto the earth. “I built myself a world out of words,” she said.

At 17 she visited the home of the poet (also a Pulitzer winner) Edna St. Vincent Millay in Austerlitz, New York. There she made friends with Norma, the poet’s sister, and she ended up staying there for seven years, organizing the artist’s papers. It was during a later visit to Austerlitz, in 1950, that she met Molly. They fell in love at first sight, as she tells it, although the photographer (several years her senior) feigned indifference behind her dark glasses. They would go on to spend the next four decades together, in a cabin in Cape Cod. Cook would be Mary’s literary agent and the recipient of all her dedications until the day of her death.

Provincetown lies in the Northeastern US at the end of the question mark that is Cape Cod. Home to artists, bohemians, and a vibrant gay community, this town of just over 3000 inhabitants is a magnet for tourists due to its beaches, art galleries, and quaint architecture. But that is not the Provincetown that captured Mary’s imagination. Her corner of the world was an adjacent nature reserve called Province Lands: 1,400 hectares of lakes, ponds, and rich wildlife. That is where the poet walked every morning, her hand-sewn notebook stuck in her pocket, stopping every time a word or a phrase popped into her mind. This is how she tells it in “How I Go to the Woods”:

Ordinarily, I go to the woods alone, with not a single
friend, for they are all smilers and talkers and therefore
unsuitable.

I don’t really want to be witnessed talking to the catbirds
or hugging the old black oak tree. I have my way of
praying, as you no doubt have yours.

Besides, when I am alone I can become invisible. I can sit
on the top of a dune as motionless as an uprise of weeds,
until the foxes run by unconcerned. I can hear the almost
unhearable sound of the roses singing.

If you have ever gone to the woods with me, I must love
you very much.

The titles of her 20-something books speak clearly of her loves and loyalties: Swan, West Wind, White Pine, A Thousand Mornings, Blue Pastures, Red Bird, The Leaf and the Cloud, Upstream, Twelve Moons, Owls and Other Fantasies.
Although her love for the world never ceased, Oliver took to other topics after Molly’s death in 2005. Thirst, one of Oliver’s fundamental works, is tribute, grief, and acceptance of the absence of her beloved, but it is also a return to the faith she had been unable to nourish in the Church of her childhood. “Love for the earth and love for you are having such a long conversation in my heart,” she confides.

In the later years of her life, death began to permeate her thoughts and her writing. In 2012 she writes “The Fourth Sign of the Zodiac” in reference to the illness that visited her for the first time that year:

The question is,
what will it be like
after the last day? Will I float
into the sky / or will I fray
within the earth or a river—
remembering nothing?
How desperate I would be
if I couldn’t remember
the sun rising, if I couldn’t
remember trees, rivers; if I couldn’t
even remember, beloved,
your beloved name.

“When Death Comes” brings a declaration:

I want to step through the door full of curiosity, wondering:
what is it going to be like, that cottage of darkness?

And that heartfelt vow:

When it’s over, I want to say all my life
I was a bride married to amazement.
I was the bridegroom, taking the world into my arms.

Finally, in “In Blackwater Woods,” she delivers a roadmap for those of us left on this side of despair:

To live in this world

you must be able
to do three things:
to love what is mortal;
to hold it

against your bones knowing
your own life depends on it;
and, when the time comes to let it go,
to let it go.

The time has come. Those of us who loved her with devotion, the way you love a distant relative whose legacy runs astonishingly through your veins, must now face that harrowing task of letting go. How can we do so with an open heart?

As good disciples, we will say thank you, we will say goodbye, we will say safe travels, dear one. And tomorrow, come dawn, we will greet the sun and sing its praises. What else is there to do but this — our joyous, endless and proper work? 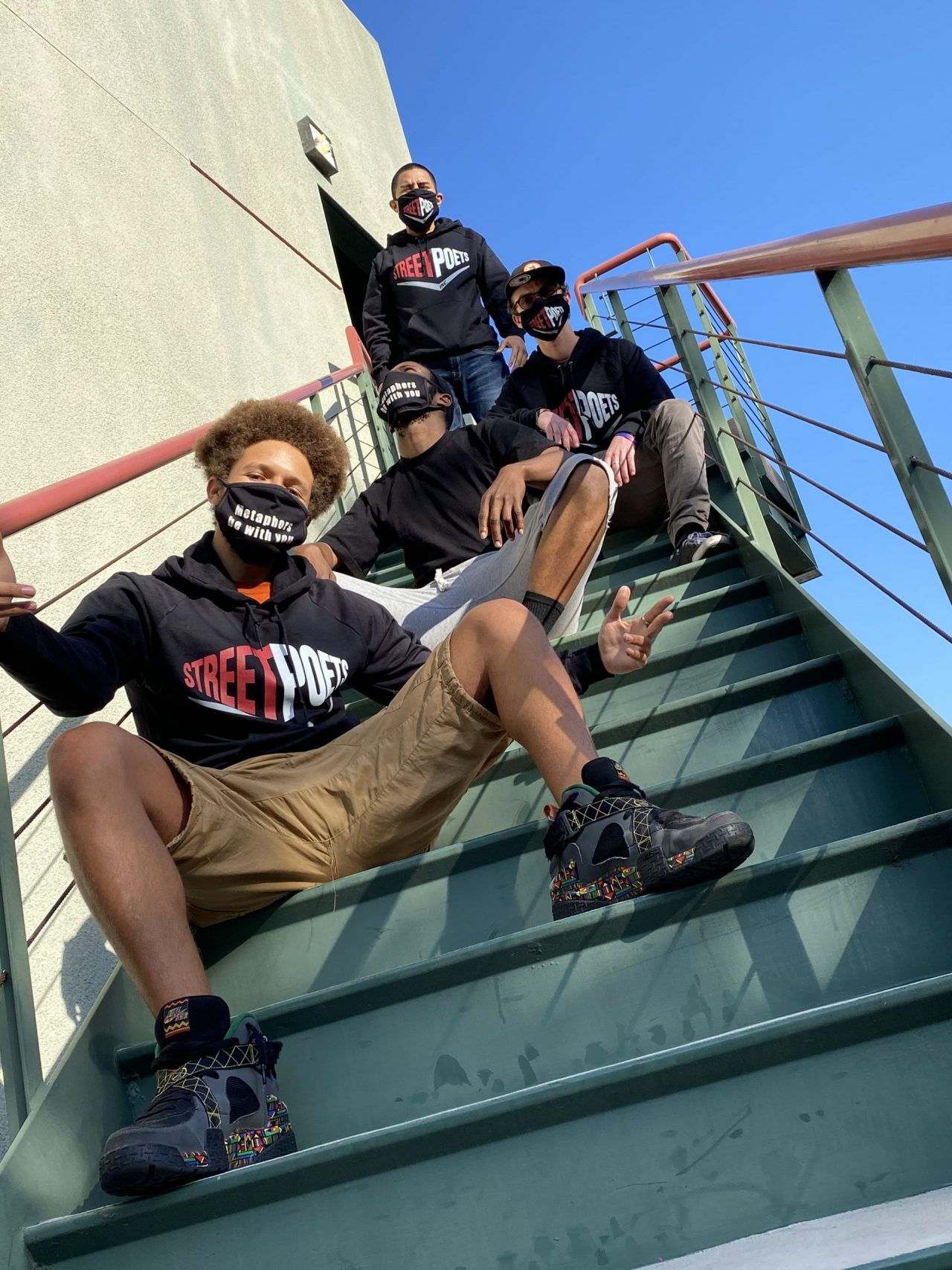 by The Grateful Living Team
Whether rapping in a recording studio or singing in a sweat lodge, participants of Street…