It is a great gift we give to another person, when we let them see all of who we are. This can open the door for them to share all of themselves with us too. In this film, Danielsun Okeyo shares his story with powerful presence and vulnerability. 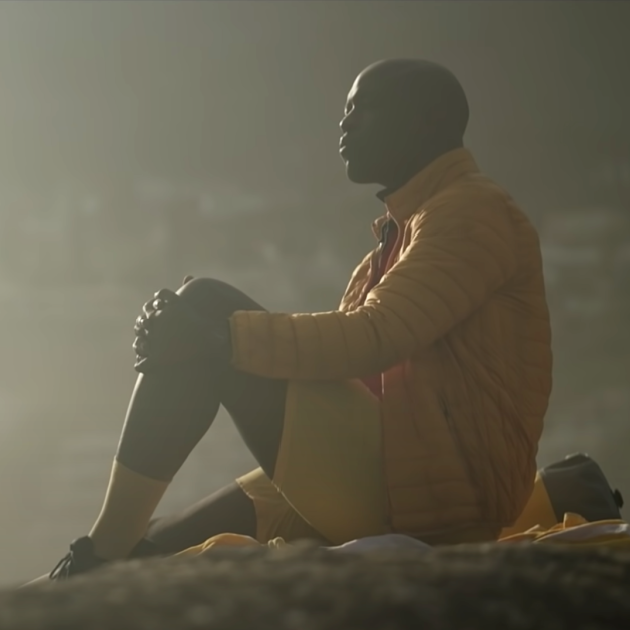 Green Renaissance produces gorgeous short films that uplift the personal stories of ordinary people, with the goal of sharing ideas and inspiring change. We feel hugely blessed to feature video-stories that filmmakers Michael and Justine capture with exquisite expertise, and which so beautifully illustrate Grateful Living principles and practices. In this short film we hear from Danielsun Okeyo.

Learn more about Green Renaissance through our Grateful Changemaker feature.*

We invite you to share your reflections below the video transcript that follows.

“When you really love somebody, you find yourself pensively looking at them and trying to just take in that one moment. What made me so lucky to have this meaningful relationship? Every day I come back, they welcome me. It’s such a privilege, an honor. And it just fills me with love.

When I was younger, I considered myself a bit of a superman. Physically I was able to do things without really thinking too much about them. A lot of things have happened in the last six to seven years that have shook my reality.

I had an injury on my right ankle, and it perpetuated almost like an avalanche in a series of injuries. I’ve come to realize that I really did find identity in my physical ability. And when that’s taken away, then who are you? In a way you sort of don’t recognize yourself because you’ve always been one, but now there’s a bit of a numbness. And that was very hard.

Sometimes with certain individuals, crises trigger a feeling of, I should reach out. But sometimes, especially with me initially, that situation actually makes you not reach out. I didn’t want people close to me to worry, and I would think that, hey, I can handle it, I’ve always been able to bounce back.

I found myself really isolating myself. And sometimes it’s not necessarily physically, you don’t see me all the time…it’s just that I’m not as open and accessible. It’s very hard because that’s sort of the tipping point where your hope is almost like a vapor, it’s fizzling away, where you always had it, there was always a shadow of hope. And one day you look, and you’re confused that it’s not there.

I don’t particularly remember when, but I started to go to the ocean and just put my foot in the cold water. Immediately felt really great in terms of pain relief, and at this time I couldn’t swim. As a child I had a traumatic experience where I nearly drowned. But every time I would be in, I felt better. Slowly but surely I built this affinity to the ocean. Every day you saw her, she looked even more welcoming. Just a smile on her face.

And so I got very comfortable, I would go in further and further. And then one day, subconsciously, it just happened. I realized that I was treading water. And on that day I remember I floated on my back. And all the tension was just absorbed. There was this whole new world, where I had freedom because there was no impact. I was being released and given this amazing opportunity by something that is supposed to be perilous and dangerous.

That’s when the floodgates opened. I saw the beauty in the kelp forest, the way the water danced. There’s this moment of silence where it feels like all your troubles are gone just for that moment. It’s really special.

At a time where I couldn’t necessarily share everything, I shared with the ocean. The ocean understood, and I also believe it played a big part in me being able to open up fully. I needed to realize that I don’t give enough of myself, and I didn’t think that was an issue. But if you never put your cards on the table, then we will be stuck. Doesn’t matter how intuitive your friend is or your family member is. You have to give them something to get some as well. Then they can really walk with you on this new journey.

There were these people who were just steadfast and always looked out for me in subtle ways, which showed that they understood who I was. It’s such a beautiful thing when you realize that they are there. It’s like you’re walking in a dark room, but your eyes adjust and all of sudden there’s actually lights. You realize that you are not alone.

We are not Atlas. We can’t carry all that stuff. That’s a great realization to have. I am not Superman, and it’s fine. It actually makes it more beautiful that I’m not. The way I am right now is the way it was meant to be, and I’m at peace with that. Quintessentially I’m the same person, but I have learned and experienced a lot. My physicality wasn’t the only thing necessarily that should be who I am. There’s different things about me which make me me. I spoke about identity in the beginning…maybe this was part of my identity too…being that guy who swims in his yellow trunks in the cold water. I found acceptance and freedom, allowing me to be myself.”

To support Michael and Justine in their film-making journey visit Green Renaissance.

Justine and Michael are a creative couple living in South Africa.  Their project, Green Renaissance, works to spread positive stories that reflect the wonder of the world. With the goal of sharing ideas and inspiring change, they produce gorgeous short films that are posted online and available for anyone, anywhere, to watch and share freely.

Through their films, they explore what it means to be human. They touch on topics that can often be difficult for people to discuss – from loss of a loved one to aging and retirement to friendship to love and courage – universal themes that we all deal with at some stage in our lives.

By sharing these stories, Justine and Michael hope to remind us of one simple truth – that we are all human – that inside our hearts and minds, we are all facing similar challenges.  We have so much to learn from each other, and our connections run so much deeper and stronger than we think. Learn more and support their work at greenrenaissance.co.za.